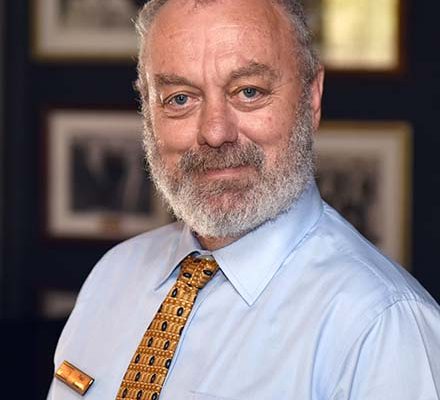 Paul has lived and breathed culinary for over 40 years of his life. He has travelled extensively to work, explore and sample cuisines from all corners of the globe.

Paul has held numerous executive and senior roles in kitchens including Executive Sous Chef Hyatt Hotel and Executive Chef at the National Press Club of Australia. Throughout his career, Paul has coordinated events for prime ministers, presidents and many other international dignitaries and thought leaders.

Paul has been a member of the Australian Culinary Federation (ACF) for over 20 years including the role of President (ACT Chapter) for over 5 years. In 2015, Paul was bestowed with the title of ‘Industry Icon’ by the ACF. This award recognises the significant contribution Paul has made to the ACT Culinary Industry.

Paul has been an Accredited Culinary Judge for over 20 years and has been instrumental in the development and coordination of cooking competitions including ACT Apprentice of the Year and the ACT Secondary Schools Competition. Paul has also acted as a Team Manager and mentor to many of the competition winners who have travelled abroad to compete at an international level.

Paul is an Ambassador for OzHarvest and gives freely of his time to support OzHarvest’s Canberra-based activities.